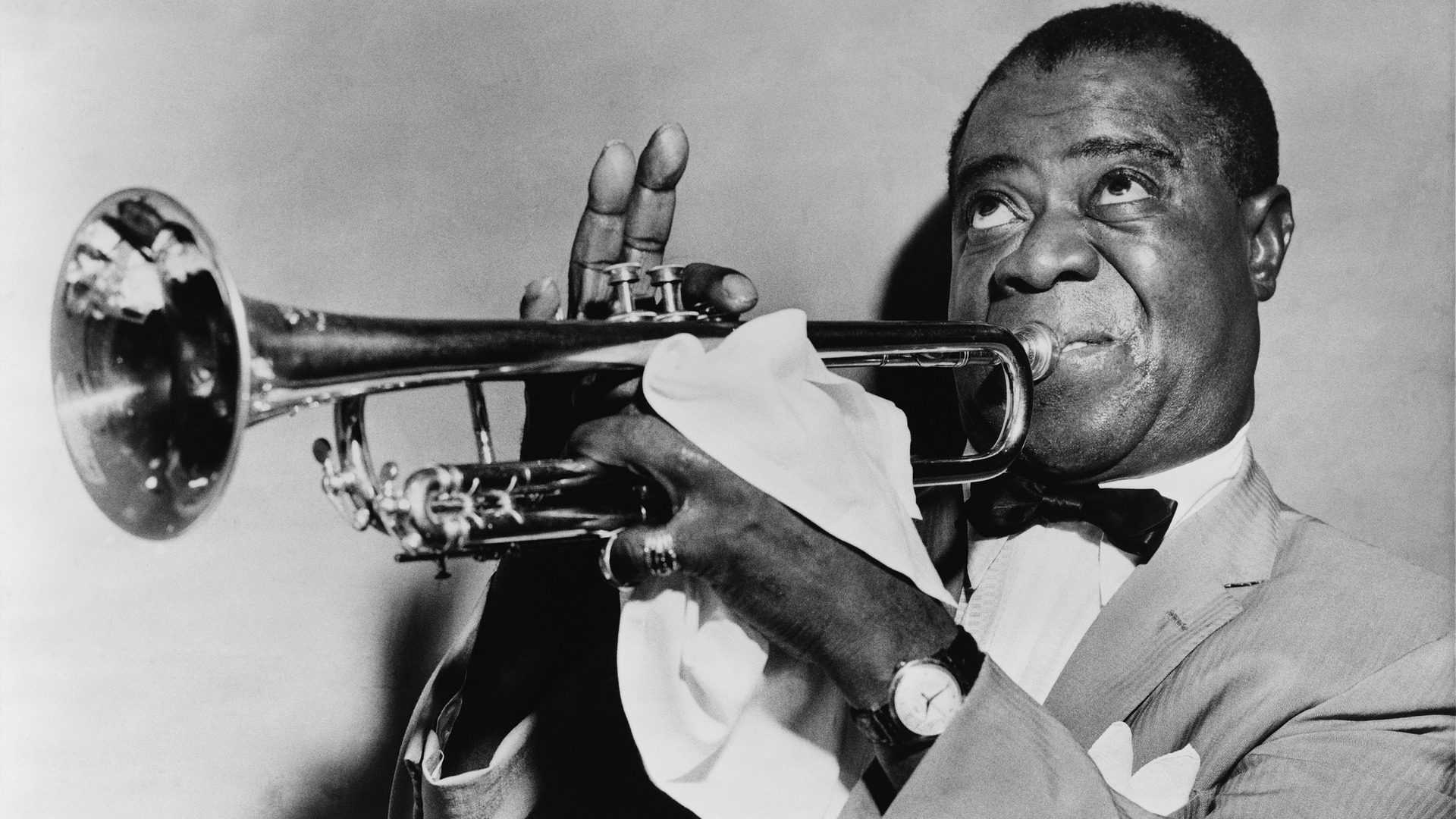 Black music refers to a type of music that is inspired or produced by the blacks. According to the traditions of black people, music is essential due to the fact that it has a uniting quality that operates in a similar manner as the cultural identities. It unifies individuals since all cultural backgrounds can enjoy and appreciate it even if they do not share anything common. Music is not an intellectual argument; however, it is an issue of opinions and taste. The other essential fact that links music to blacks is because of the visible roots of music in the African continent. During the period when music was turned upside down in many countries around the globe, music acted as a method of communication for the ancient black people. Music is also considered as a binding factor in many societies since it offers the blacks with a strong sense of connectivity (Sullivan 51). The start of black music as a distinct genre in the U.S commenced with the initiation of gospel music and slave spirituals. This paper examines the relationship of social uplift and black music history. It refers to two different time periods where power, music, and race intersected.
Relationship of Social Uplift and Black Music History
Social uplift refers to the process of spiritually or morally elevating the lives of individuals within different societies. For instance, it might involve informing the general public and promoting social improvements in the society. Due to the fact that social uplift involved improvement of social lives of the individual, black music had the close relationship with social uplift. The type of message passed through black music involved about the social status of the black people around the world (Fendler 132). By incorporation of black cultural elements into the black music, the social uplifters showed worthiness through high accomplishment in the recognized areas.
The relationship between politics and music has been observed in numerous cultures. Whereas political rituals and movements are influenced by music, it is actually not clear the degree with which audiences normally associate music on the level of political platforms. Music was used among the blacks to convey a particular message. Nevertheless, racial descriptions created major barriers to the transmission of particular political messages. There are various types of black music that relays different types of messages. Therefore, it is vital to distinguish between different types of music as a means of creating awareness among different members of the society. Besides, there are different types of music that might be considered political due to their political links. This is regardless of the political contents in the music (Steinmetz and Howard 155).

Blues songs are some of the songs that were pioneered by the blacks. They were invented in the early 1920s. After the invention of the blues music, musicians traveled under dangerous conditions in order to market their music and participate in other social welfare activities. This showed a close link between social uplift and black music due to the fact that they both intended to improve the social welfare of the black people. They have the status of being acquiescent to fate instead of fighting against the bad luck. According to Bessie Smith, he produced a protest blues song in 1928. In the song, “Poor Man Blues”, Smith highlighted some of the main problems that Black Americans faced. It was a song that advocated for the rights of the poor individuals in the society (Dunbar 1114). It reminded the rich about the need to allow the poor to live peacefully after the termination of the war. In 1936, Josh White produced a song that was supposed to relay a vital message to the whites in the United States who commonly addressed black men living in America as boys. This was an act of racial discrimination hence it was vital for the Whites to protest the issue of racism. On this perspective, music became an important tool that advocated for the rights of the blacks living in America. After World War II, J.B. Lenoir became very popular due to his social and political remarks. He protested against the emerging issue of racism and advocated for civil rights of individuals regardless of their social, economic, and political status in the society (Fendler 29).
In addition, the relationship of social uplift and black music is evident in the improvement of relationships. For instance, famous black music such as blues music was invented by African-Americans. The blues music lyrics were mainly about romantic relationships. This was meant to uplift the love life of demoralized individuals in different societies. The blues music extensively examined all the different elements of interpersonal and intimate feelings. The main themes of the blues music were poverty, death, and traveling. These songs were thus essential in uplifting the social lives of different individuals (Pruter 162).
Hip hop music
Hip Hop is another music that has had the great impact on African-Americans living in the United States. It is not just music but also a culture. For instance, over the previous 30 years, Hip Hop has great impact and improved the lives of many individuals. It was invented in the 1980s; however, its substantiation and power were created in the 1990s. During the 1800s, black music was devoid of the obvious protest in the U.S. Based on this line of argument, the 1990s led to the transformation of the trends in culture and music to a level in which the United States experienced the creation of a “Hip Hop” country. Despite the extent of controversy over the legality of Hip Hop music based on vulgar connotations and lyrics, the music created a national organization of a strong cultural and social value in the society (Dunbar 1114).
Hip Hop is a type of music that has been linked with demonstration since 1982. It became popular when the Furious Five and Grandmaster Flash produced a Hip Hop song, “The Message” in 1982. The song presented a very serious social statement to people living in the United States. Despite the fact that it presented a major breakthrough in the Hip Hop music, Brother D is normally considered as the first hip hop artist to have released the first hip hop song.
Through the song, “How We Gonna Make the Black Nation Rise?”, Brother D called the United States a police state. In addition, he rapped about the various historical injustices that were practiced in America such as ethnic cleansing and slavery (McMurray 75). Nevertheless, in the 1990s, the popular band that influenced lives of many individuals in the society was the “Public Enemy” band. The different hip hop songs acted as an inspiration to many blacks who had lost hop due to the oppression that they experienced in the United States.
The Whites considered themselves superior within the American society hence they could perform certain tasks that were carried out by the blacks. Still merged traditional African-American music during the colonial era with some of the atonal harmonies of the modern music hence it helped in uplifting the lives of blacks by transforming into the modern lifestyle. In addition, Still also composed music that dealt with the issue of racial discrimination. His songs dealt with the issue of race relations and racisms. For instance, through the influence of Zora Neale Hurston on Harlem Renaissance, she stated that her illustration of an African-American woman helped to define the stereotypes and social conventions that offered a good opportunity to showcase an African-American trying to seek their identities in various societies (Sanford 155).
Hip hop uplifted the social lives of many blacks who were subjected to racial discrimination in America. Some of the popular music globally has political messages that deal with racism and social issues. For instance, in the song “Born This Way” by Lady Gaga has normally been recognized as the anthem of the global gay since it discusses the issue of homosexuality in a very positive manner (Alicia and La Vonne 29). Besides, the song expresses the concept in a natural way.
In addition, the Hip hop music members offered good political replies during the Hurricane Katrina disaster in America. These are very important initiatives that try to improve the social lives of many individuals in different societies. The contents of Hip hop music have greatly changed as it demonstrates the complexity in the manner in which the minority groups are presented. Therefore, Hip hop has played a vital role in uplifting the social lives of many blacks living in America and other countries around the globe (Alicia and La Vonne 4).

According to “Race Music: Black Cultures” by Guthrie Ramsey, there is a very interesting relationship between African-American identity and black music. He examined different ways in which music has helped to identify African-Americans. Ramsey employed the use of his experience as a gospel and jazz artist to produce an ethnographic technique that positions family narratives at the relationship of musical expression and racial identities. African-Americans have used black music in order to develop stretchy and optimistic ideas of race.
Race music tactically asserted the concept of race through its connection with the culture of African-Americans. The race music of Ramsey illustrated creative strategies that were used by African-Americans in the establishment of their individual identities. It also illustrated how such sounds circulated as symbols in different social perspectives. For instance, Harlem Renaissance’s New Negro conversation and the idea of Black Art between the 1960s and 1970s are mainly about self-determination (Toynbee 1).

Music is very important since it contributed greatly to uplifting the social lives of the black people. It provided some form of protest than an emotional and cultural crucible that resulted into the forgery of the Hip Hop music. Black music transformed the life of black communities as it advocated for the rights of those who experienced discrimination and marginalization. Evolution of music resulted in revolutionary events; however, it remained a cultural memory that many have used to transform people’s lives. Blacks suffered a lot during the colonial era. The invention of black music helped to improve their lives since they began to fight for their rights.